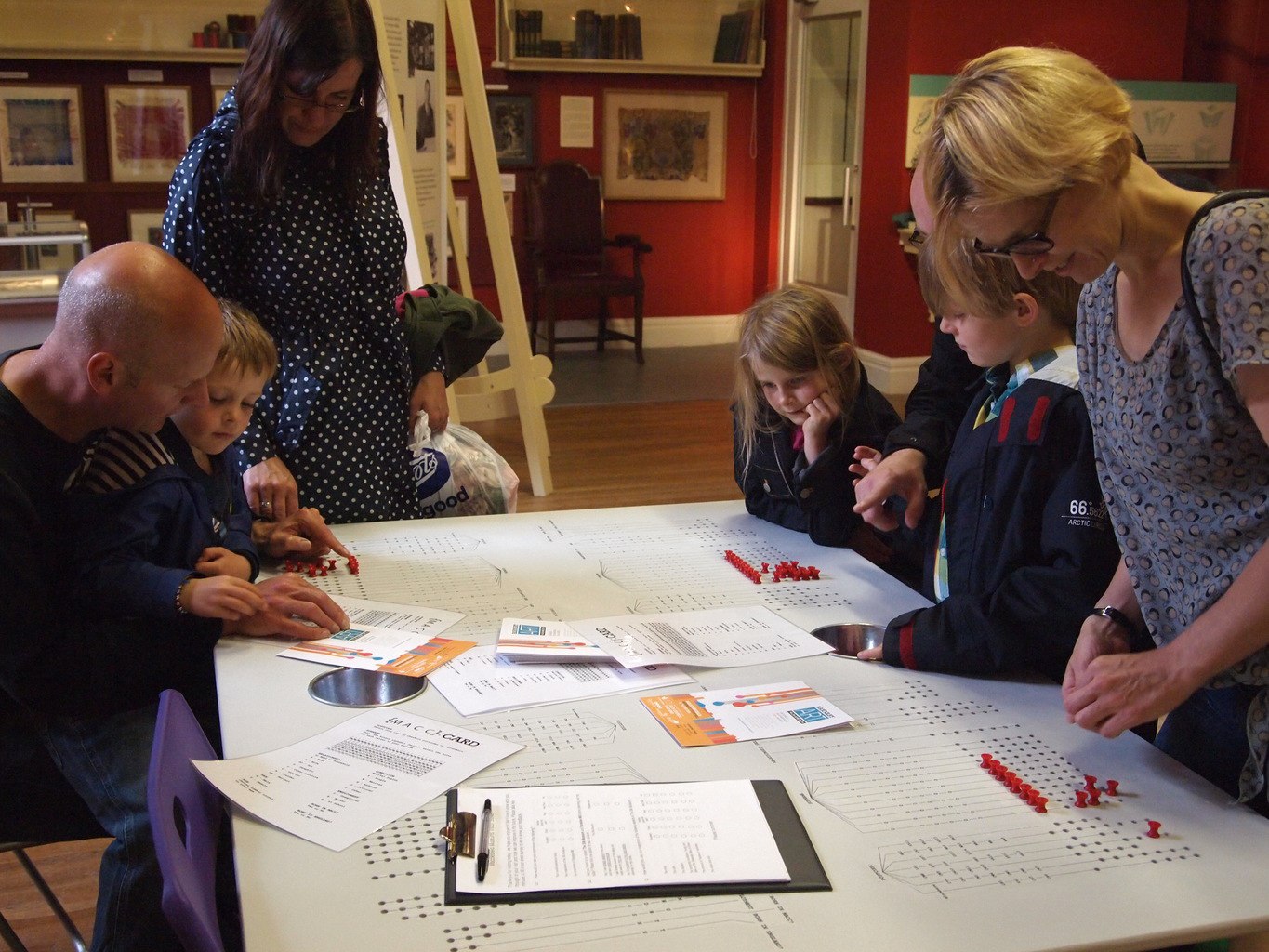 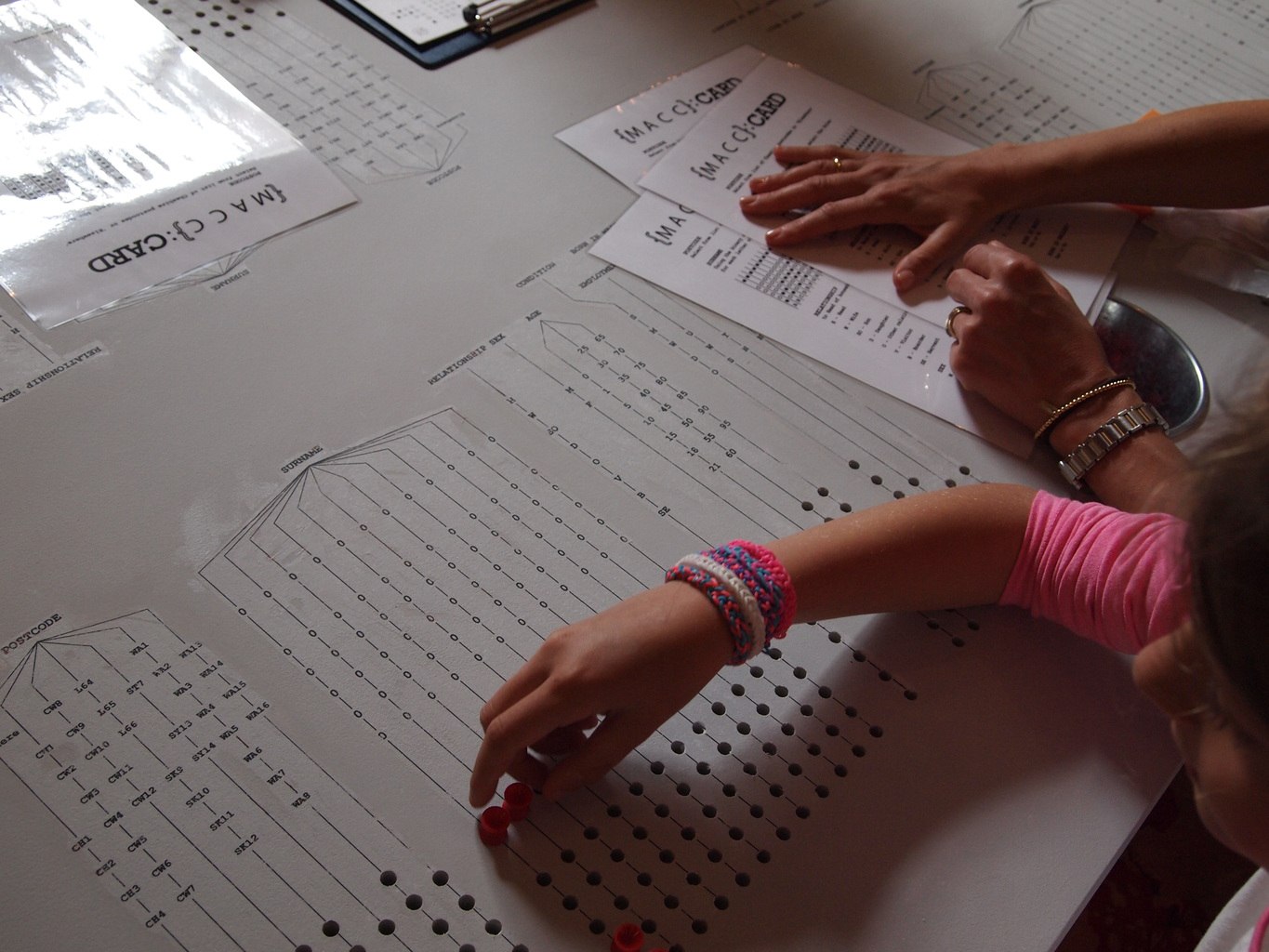 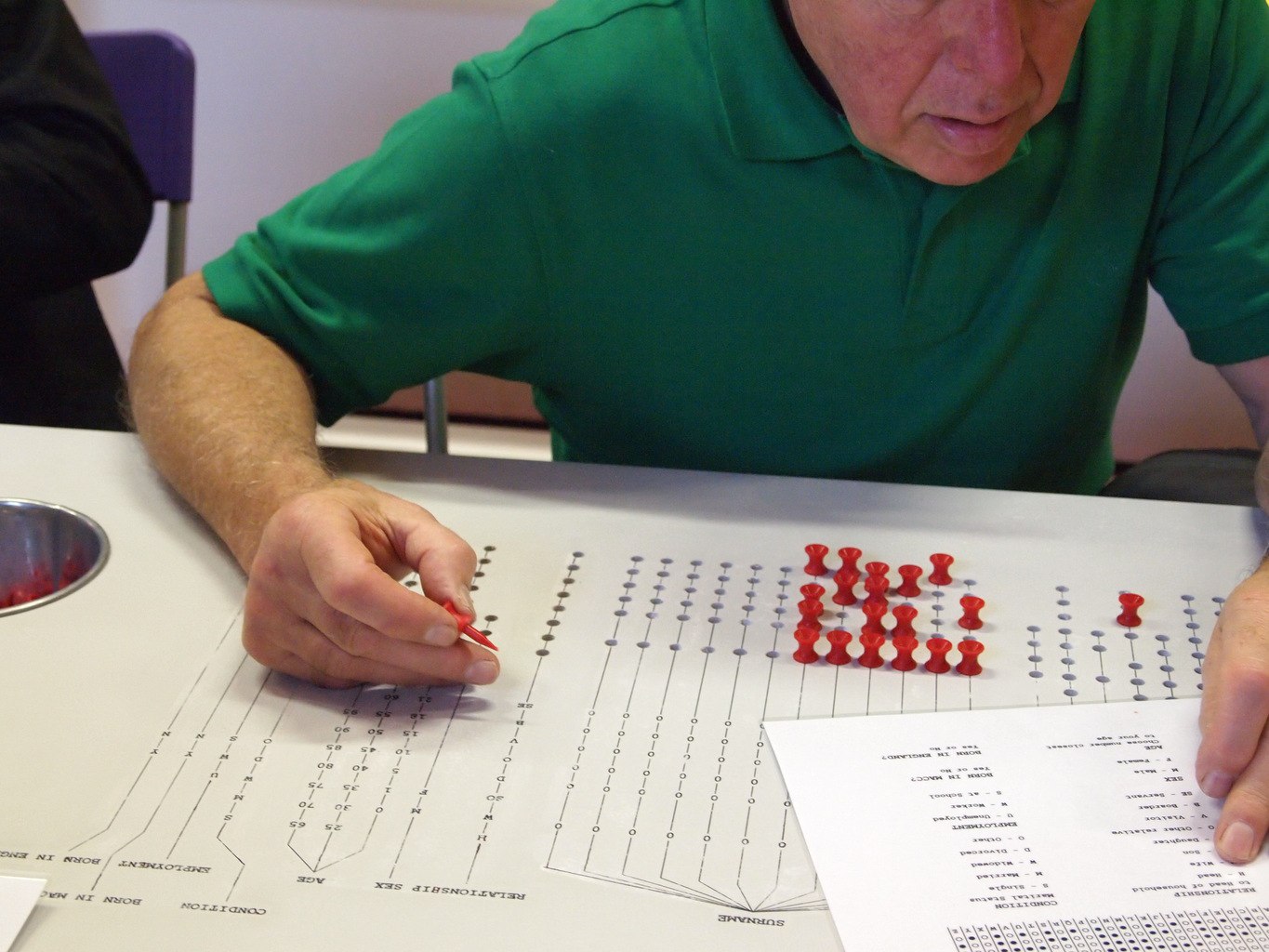 Many modern technical developments followed the invention of the Jacquard loom and its punch card system, including a tabulating machine by Herman Hollerith in America. Following a rapid growth in the US population in 1890, this machine was utilised to speed up the previously laborious task of processing census data.

Inspired by this machine and its connections to weaving heritage, Gemma Potter and Michelle Stephens visitors to Macclesfield Silk Museum and Macclesfield town centre were invited to contribute to a demographic pattern of Macclesfield using an interactive table. The results displayed in the form of a virtual punch card using an LED display and contrasted with results collected from a 1911 census, including some former mill workers.